From Ficreation
Jump to navigation Jump to search 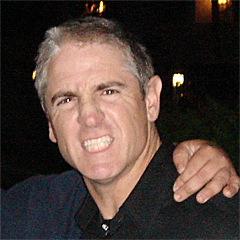 Carlos Alazraqui (born July 20, 1962) is an American stand-up comedian, actor, singer, impressionist, voice actor, comedian, producer and screenwriter who voiced many cartoons, like from Nickelodeon shows including Rocko's Modern Life, various family films from Warner Bros. and others. He performed additional voices in various Universal Animation Studios and Illumination films. He is also known for providing the voice of the chihuahua in the old Taco Bell commercials and Spyro in the original 1998 Spyro the Dragon game for the Sony PlayStation.

Retrieved from "https://ficreation.miraheze.org/w/index.php?title=Carlos_Alazraqui&oldid=99951"
Categories:
Cookies help us deliver our services. By using our services, you agree to our use of cookies.